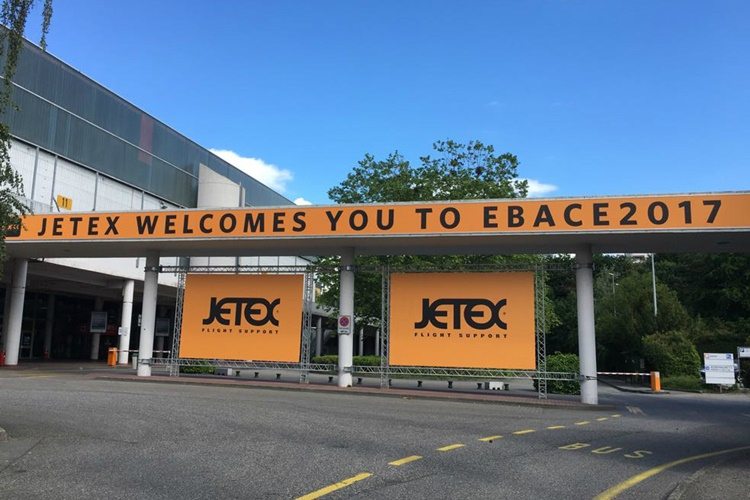 Adel Mardini moved from Syria to Dubai in 2005, just as Jet Aviation opened its first FBO at Dubai International Airport. Originally from Turkey, Mardini had worked as an airport supervisor, overseeing all aspects of airport operations first hand point of view.

The Dubai that Mardini arrived in was in a period of phenomenal growth. The business aircraft fleet in the country was expanding, as was the main airport and its surroundings.

Mardini wanted to be part of the growth, and saw an opportunity to create a company that blurred the lines between a traditional FBO and a hotel.

To do this, he needed a partner, so in early 2005 he partnered with JetLine Air to launch Jetex, quickly becoming the CEO during the process.

The company was officially launched on June 6, 2005, as a flight support and traditional charter company. Jetline Air, a Romanian operator, had a small fleet of seven aircraft, and these were transferred to the new company, although most remained based in Bucharest.

Whilst the charter business was good, it was a secondary stream to to the flight planning and FBO business that Mardini envisaged.

Soon after launch Jetex began establishing itself in Africa, through a series of small offices. Quickly the company gained a reputation for being able to obtain permits and clearances quickly, which helped the company expand even further.

With the first part of his plan beginning to take shape, Mardini turned his focus to FBOs. In early 2009 an opportunity to acquire the Flying Group FBO at Paris Le Bourget Airport came up, and Mardini made his move.

Flying Group wanted to concentrate more on aircraft charter and management, and as Le Bourget is one of the busiest airports in Europe for business aviation, Jetex saw this as the perfect opportunity to to building up the brand at a major airport.

Rather than take the facility as it was and simply re brand it, Jetex understood how important the FBO would be to the company’s image and future growth, so took some time to redesign, with the goal of bringing a higher standard than other FBOs at the airport.

With the work complete, the company invited users to the opening, timed to coincide with that years’ Paris Air Show, where visitors could watch the show from a private terrace.

One of the key features of the newly redesigned facility, and one of the things Jetex were keen to emphasise was how long it would now take to get from the aircraft to a waiting car.

To do this they created a marketing video, with a timer. In all, from the opening of the aircraft doors to the moment of getting in a waiting car, took just 59 seconds.

With the success of the Paris FBO the company was keen to expand further into Europe, so the following year they opened up a new FBO at Kiev’s Zhuliany Airport.

Opening Kiev was the first stage in a deal that Jetex had struck with the Ministry of Transport of Ukraine, State Aviation Administration to provide ground handling at five different airports.

Around the same time, they also opened up an office in Beijing.

China in 2010 was seeing exceptional grow. The locally based fleet was expanding rapidly, as were the number of business aviation flights into the country from overseas. But under Chinese government rules, only one FBO is allowed at each airport, so Jetex opened an operations center, which now looks after all customer flights into and out of the country.

Jetex also wanted to be in the US. As the largest business aviation market in the world, with well over half of all business aircraft movements it is seen as a key market.

Eventually Miami was chosen as the location for the companies US flight operations center, with an office close to the airport opening in 2014. Miami handles all Jetex trip support customers flying into and out of the US as well as into neighboring countries.

Jetex currently have an office in Miami which looks after flight processing for customers who are flying to the company’s FBO locations elsewhere. Later the company would open FBOs in both Mexico City (Toluca) and Santiago de Chile, where the company entered into a joint venture with locally based company Santiago FBO S.A to co-brand the airports FBO.

Latin America is an area that Jetex are keen to expand into, and currently have several tenders to provide FBO services in the region, which they are hoping to win later in the year.

With the brand expanding internationally, the distinctive Jetex Orange is beginning to be seen everywhere.

Earlier in 2017 the company began its next round of international expansion, this time targeting Europe. Deals were signed in Spain, Italy and France,

Jetex want to be in the UK, saying that it is only a matter of time before they are.

“Being in Italy, and being in Spain, and being in Germany, this is something that we would like to continue by being in the UK, we are looking forward to being there. And we are working hard to be there. It is just a matter of time.” he says.

To enter the UK market Jetex say that they have several options, including any airport tenders that may come up. Another option that the company could choose would be to create something from scratch.

“We are hungry for expansion by acquisition, by setting up a new facility, by wining tenders like we did in Morocco and Rome, or creating something from scratch like we did in Dubai.”

Mardini points to Paris as an example of how the company first entered Europe, but also says that the company could start something from scratch like they did in Dubai, or by winning tenders like they did recently in Morocco and Rome.

For now, all of Jetex’s expansion has been self funded, and for the time being this won’t be changing. Mardini says that although he doesn’t need to, he will usually have access to funds for the larger pieces.

Perhaps the largest deal the company has signed so far was announced earlier in 2017. Aedis, the French airport operator entered into a co-branding agreement with the company to jointly operate 15 FBOs across France.

Jetex is often approached by airports about co-branding FBOs in this way, and whilst this is something that interests the company, Mardini says that they look at these on a case by case basis, and assign priority to the regions and areas that they most want to be in.