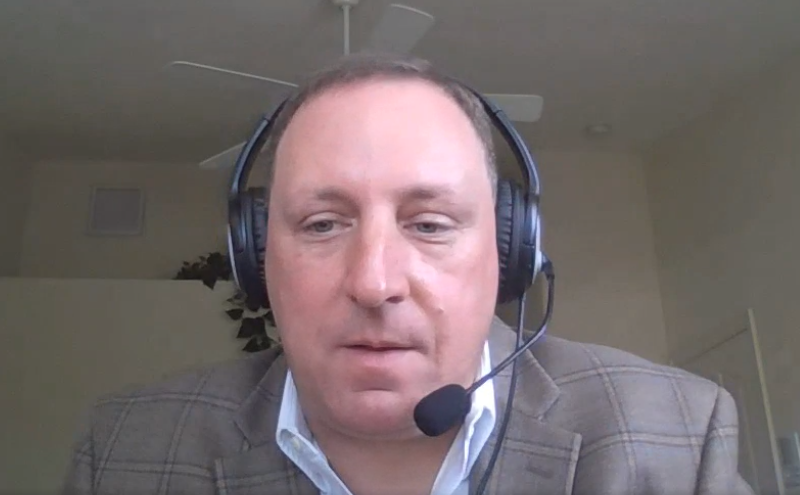 You normally regret being the last person to leave a party. But there is a big advantage in being the last to leave a Zoom or Microsoft Teams call. If you keep watching as people are fumbling to log off, you can often catch a quick glimpse of how they are really feeling. They may have spent 30 minutes telling you how great their business is, but in that last split second even the best bluffers let their mask slip. As the screen freezes you can look in their eyes and see how frustrating their daily grind really is.

Scott Ashton, the new CEO of Aerox Aviation Oxygen Systems, is an outlier. He is generally loving work. It helps that he and his wife, who is CFO, bought the company only 12 weeks ago.

“It was a little scary putting the deal together watching the Dow go down 18,000 but we had put together a good group of advisers who kept me on the straight and narrow. They kept reminding me that now was the time to be bold,” says Ashton. “It was surprisingly easy to find financing – whether it was luck or timing – and we found it relatively easy to close the deal. Bill Alderman at Alderman & Company [a specialist aerospace M&A firm] who brought the deal to us who was also great.”

Aerox supplies portable oxygen for general aviation aircraft, masks for turboprops and light jets and oxygen bottles for all aircraft. With many operators and pilots looking at issues with mask sharing, Aerox is getting calls because of Covid-19. “We are working on new products with one OEM – I have been testing them,” says Ashton. “I cannot guarantee if it will make it to market, but we are responding to our customers.”

Ashton, who worked at GE, Gama Aviation and other large companies, left his role as chief commercial officer of Tuvoli, the charter marketplace, to buy Aerox with 12 employees. “Tuvoli is a great product and more important now than ever. But we wanted our own company. Running a small company is one of the hardest things you can do. I love the day-to-day fight and the immediacy of feedback. You take the punch and the next day you are on to something else. It is a great adventure for us both.”

Both Ashtons are working full time at Aerox with a medium-term plan of building a portfolio of small aerospace companies which dominate other niches.

If you want cheering up from your daily grind, he is available on Zoom. Just don’t log-off first.

Come fry with me