Has Gulfstream’s G700 got more to give? 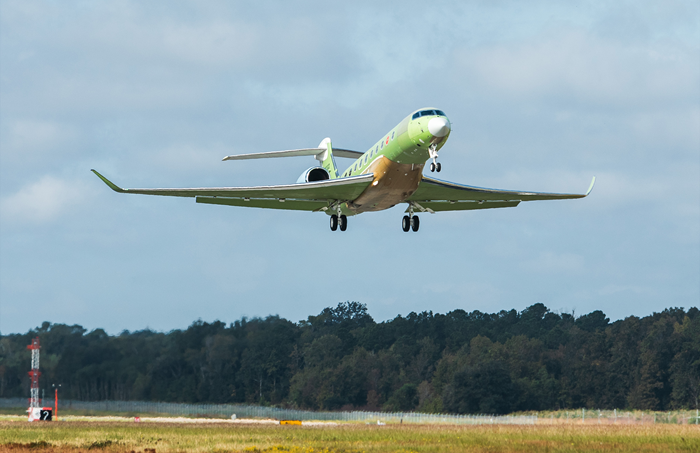 It is hard to believe that it was just over a year ago that Gulfstream gathered hundreds of people together at NBAA BACE to launch the G700. There were no masks or sanitiser. Lots of handshakes and hugs.

Gulfstream launched the then $75m (now $78m) G700 with orders from Flexjet (16) and Qatar Executive (10). The two launch customers have had very different 12 months. Flexjet has captured new customers and is on track for a record year. Qatar Executive has been busy, but its parent company made a $2bn loss for its 2019/2020 financial year ending in March 2020. While the airline received government support for a similar amount, its 2020/2021 financial year is not looking great either.

At the show one of the key discussion points was the aircraft’s range. Gulfstream said that the G700 would be able to fly 7,500 nautical miles/13,890 kilometres at Mach 0.85 (652mph) or 6,400 nm at Mach 0.90. This means that Dallas barbeque lovers can fly direct to Tokyo for yakiniku, Johannesburg for a braai, or Buenos Aries for churrascaria.

While this range is enough for nearly every mission, it does puts the G700 200nm behind Bombardier’s Global 7500. The Global 7500 has an official range of 7,700nm – but has flown 8,225nm from Sydney to Detroit(useful for Australians who crave a Detroit Deep Dish).

But it is worth being sceptical about Gulfstream’s claims. The Savannah manufacturer has a habit of under-promising at launch.

“What’s exciting for our existing customers is that these improvements already exist on their in-service aircraft with no modifications required,” said Mark Burns, President, Gulfstream in a statement announcing the G500 and G600 range increase.

A few hundred miles may not sound like a lot and very few customers ever use the maximum range. But customers like to know they can fly further it if they want to. Maximum range is also a key thing they look at when comparing competing aircraft.

There are now five test G700s flying (the fifth is pictured above). The programme has already completed several tests – including cold weather, flutter (caused when aircraft oscillate) and envelope expansion. Gulfstream says that the aircraft has already flown beyond its maximum operating speed and cruise altitude. In tests it hit Mach 0.99 and flew at 54,000ft/16,459m.

Buyer excitement about new models tends to peak twice: first when they are launched; and then when deliveries start. Gulfstream timed the G700 launch well and locked in customer deposits before the pandemic. In 2022, when the first aircraft reach customers, we (hopefully) will have forgotten the pain of borders being closed.

By then, Gulfstream will no doubt have announced an extra few hundred miles of range for the G700 as well.

Backlog to the future

Listen closely to a quietening market