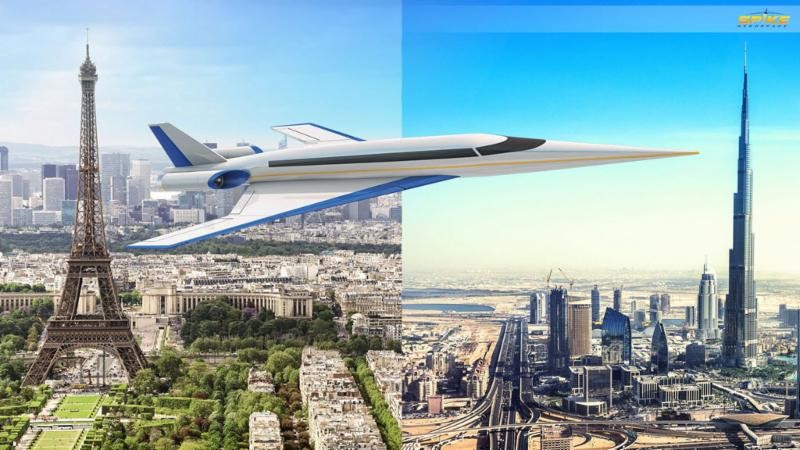 Vik Kachoria, CEO, Spike Aerospace, made the remarks in a press release following a press release from Boom, which is developing a supersonic airliner, in which Boom reaffirmed its commitment to the environment by saying the its aircraft will be carbon neutral.

The Spike Aerospace is currently in the process of testing subsonic sub-scale aircraft, which produce zero carbon emissions thanks to being electric powered. However, despite the testing, Kachoria says that a zero-carbon supersonic long-range aircraft will likely take 15-25 years to develop.

“I hesitated sending out the zero-carbon supersonic [email] because we’ve talked about that for a while, and every aircraft company is doing the same thing. We are all very conscious of the environment and are under public pressure to reduce emissions,” says Kachoria. “We are all citizens of this world; we all have kids and families. And it’s very easy to make a statement, it’s very easy for anybody to send out a press release like I just did, but where’s the proof?”

Kachoria says that for Spike, the “minor proof” is that the company flew a sub-scale electric demonstrator aircraft two years ago.

Despite that work, Kachoria says it won’t be possible to have an electric supersonic aircraft just yet. “It’s something that we would love to do, and we are working on it,” he says. “We have some partners that we are talking to about it. Like our competitors and all other companies, we are working towards electric.”

Current work on electric aircraft has centred around smaller, short-range battery-powered aircraft, and whilst the use of batteries is suited for use on those aircraft, Kachoria says that they aren’t suitable for long-range supersonic flights.

“There are a lot of very interesting developments going on. I’m sure you are familiar with some of the battery technologies, but there are other technologies that aren’t batteries,” says Kachoria without wanting to go into any further details about what those technologies might be.

“There’s some amazing research and innovation going on, but if we look at just battery storage …. It may not be battery. So, there are some other techniques that we are looking at that might be more viable for supersonic long range [flights],” says Kachoria.

Spike’s S-512 supersonic business is planned to fly at subsonic speeds over land but have a maximum speed of Mach 1.8 over oceans. Kachoria says that on top of the S-512, there could be other “spin off” aircraft that the company is contemplating.

But before the company reveals more details, Kachoria wants to ensure that Spike can deliver on its intentions. “My approach, coming from an engineering background, is that I want to be able to validate something before we claim we are going to do it,” says Kachoria. “That’s in contrast to some folks that will put out a statement and then figure out how to do it.”

Despite the complexities of designing such an aircraft, Kachoria says that the company hasn’t found it difficult raising capital to fund the development of the aircraft. But his preference is to work with investors who are interested in owning one of the aircraft themselves, he adds.

For now, the company will remain relatively quiet about the progress that it has been making, but that doesn’t mean that nothing is happening in the background.

Charter broker indicted for multi-year theft worth over $4m