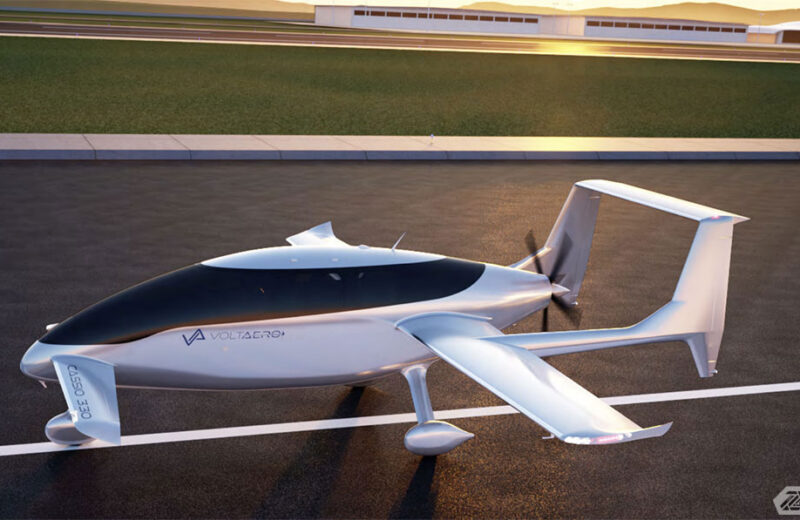 * Looking for “expressions of interest” for five seat Cassio.

* Aircraft not in production yet – in fact planning to start building in .

At next week’s European Business Aviation Convention & Exhibition (EBACE) in Geneva, VoltAero will be accepting initial expressions of interest for fractional ownership share positions, beginning with its five-seat Cassio 330 – the first version of VoltAero’s aircraft family to enter production.

Equipped with VoltAero’s proprietary 330-kW electric-parallel hybrid- propulsion system, Cassio 330s are to be positioned at regional and local airports across Europe to meet user demand.

The fractional ownership program subsequently will be expanded with VoltAero’s two other aircraft variants: the Cassio 480, configured with six seats and powered by a 480-kilowatt hybrid propulsion system; and the Cassio 600, with a 10-12-seat capacity and 600 kilowatts of hybrid power. All aircraft three versions share a high degree of modularity and commonality.

“Cassio will open a new era of highly sustainable air transportation in Europe with on-demand flight services for those who join our fractional share ownership,” explained Jean Botti, VoltAero’s CEO and Chief Technology Officer. “It’s highly appropriate that we bring this mobility solution to Europe with Cassio – a truly innovative next-generation aircraft that is developed and built in Europe.

During the three-day EBACE, which opens May 23 at the Geneva Palexpo convention center, VoltAero’s team will be available on the company’s exhibit for meetings and to sign potential customers for the fractional ownership program (Booth IZ_03).

With this powertrain integrated in the aft pusher position, Cassio aircraft will utilize the propulsion system’s electric motors for all-electric power during taxi, takeoff, primary flight, and landing. The hybrid aspect – with an internal combustion engine – comes into play as a range extender, recharging the batteries while in flight. Additionally, this hybrid element serves as a backup for the electric propulsion, ensuring true fail-safe functionality.

The Cassio airframe’s design is based on a sleek, aerodynamically optimized fuselage, a forward canard, and an aft-set wing with twin booms that support a high-set horizontal tail. It will be qualified to Europe’s EASA CS23 certification specification as a single-engine, general aviation category aircraft, and is designed from the start for a low cost of ownership.

VoltAero will assemble the Cassio aircraft in a dedicated production facility at Rochefort Airport in France’s Nouvelle-Aquitaine region. Groundbreaking is scheduled during 2022