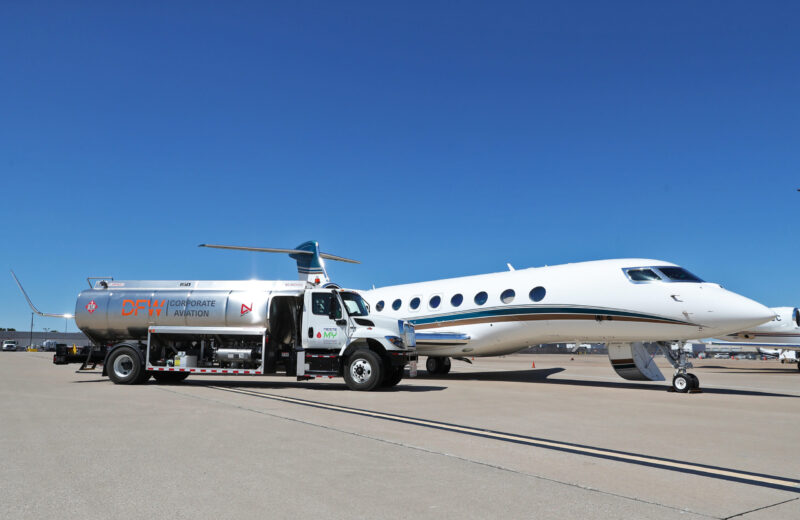 A collaboration between Dallas Fort Worth International Airport (DFW), Avfuel Corporation and Neste has launched the first circular economy project in the aviation sector. The project which recently saw its first 8000-gallon delivery of sustainable aviation fuel (SAF), is being piloted to show the potential for airports to provide raw material for the production of renewable fuels.

DFW is the second busiest airport in the world. The project sees Neste, through its subsidiary Mahoney Environmental, collect used cooking oil from more than 200 concessionaires who prepare and serve food to airport customers.

Theodore Rolfvondenbaumen, communications manager, Neste US, told CJI: “DFW is just one of the many US airports that Mahoney collects used cooking oil from. There is immense potential to turn the waste from American airports into a low carbon jet fuel to power air travel. A conservative estimate shows that the 25 busiest airports in the US could generate 9.6m pounds of used cooking oil per year. This is enough to make about 1m gallons of SAF.”

Whilst SAF for the initial delivery was supplied from Neste’s Rotterdam facility, Rolfvondenbaumen confirmed the company has a partnership with a local refiner in Texas to produce SAF.

“We are also enhancing our footprint in the US to further reduce emissions and make our supply chain more efficient. This includes expanding a renewable fuel terminal in Northern California and creating a major feedstock hub in Louisiana,” said Rolfvondenbaumen.

Neste’s pathway for exporting SAF into the US, approved by the Environmental Protection Agency, reflects an up to 80% reduction in emissions over the lifecycle compared with conventional fuel. This takes into consideration emissions from feedstock sourcing, production and fuel transport.

Robert Horton, vice president, Environmental Affairs, DFW Airport, said: “The introduction of sustainable aviation fuel to DFW Airport marks a major milestone in our effort to reduce our sector’s overall carbon footprint. We recognise our future success depends on our ability to protect our natural resources, and we are committed to continuing to serve as an industry leader in sustainable practices.”

Overall, DFW expects the pilot circular economy programme could deliver the same climate benefit as reducing the emissions from 70 passenger vehicles to zero over the course of a year.

Keith Sawyer, Avfuel, manager, Alternative Fuels, said: “DFW and Neste have laid an excellent foundation for sustainability and provide a shining example of how organisations can work together to increase sustainability and promote renewability. The Avfuel team is honoured to have played a role in demonstrating that SAF is available for use now and circular solutions are feasible through industry collaboration.”