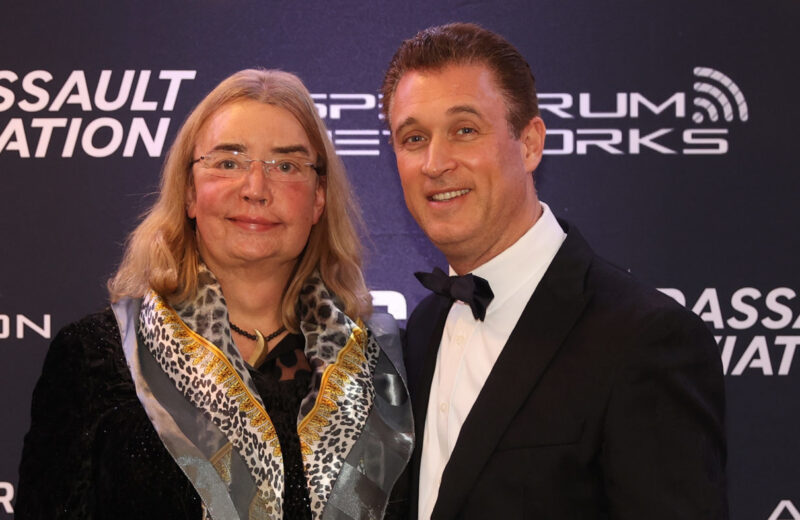 Rachel McKay has been re-elected as president of the German Aviation Expert Association (GAEA) for a second consecutive three-year term. The appointment was declared during the Aero.Expo Fair in Friedrichshafen, Germany last week.

McKay (Pictured left at CJI London 2022) has been the president of the GAEA since 2019. She is also publicly appointed sworn aircraft expert witness; an expert witness being a person with specialised knowledge whose duty it is to give a court or tribunal an impartial opinion on matters within their expertise.

GAEA, established in 1965 in Germany, is a non-profit organisation that educates and develops aviation and aircraft professionals in Europe, especially in German speaking nations.

Alongside her various management and consulting positions, McKay has experience in military, commercial and private aviation. The president of the GAEA started her career in the German Navy where she earned her wings and then became a licensed aircraft engineer within commercial aviation.

She owns and manages two companies, one being Kayway.Aero, which manages jet sales. The other, McKay-Aircraft.Expert, handles aircraft valuation. McKay-Aircraft.Expert also perform import/ export of aircraft and handover deliveries on owner/operator changes. Collaborating with industry lawyers, McKay and her company also specialise in aircraft re-possessions