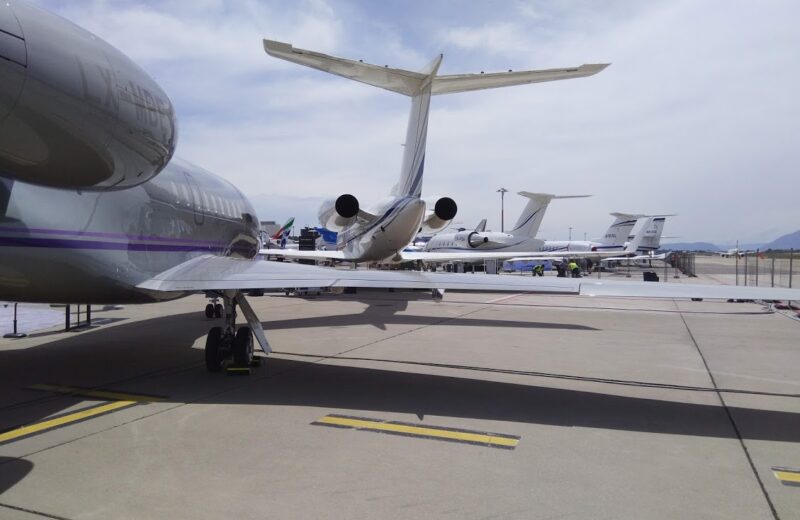 Outside of Cirrus and Pilatus, Textron and Gulfstream were the only manufacturers that increased their deliveries. Textron delivered eight more aircraft than it did the previous year, whilst Gulfstream managed to deliver one more.

Gulfstream had planned to deliver at least one of its new G600 business jets before the end of the year, however final certification was held up by the partial US government shutdown, pushing the first delivery into this year.

Outside of corporate airliner manufacturers Airbus and Boeing, Embraer saw the biggest decline in deliveries, dropping by 16.5%. Embraer was followed very closely by Dassault, which delivered 16.3% fewer aircraft in 2018 than the previous year.

The biggest increase in aircraft deliveries came in the midsize category, which rose by 19 aircraft from 109 in 2017 to 128 last year.

The steepest decline was with large-cabin aircraft, which dropped by nine aircraft, from 77 to 68.
Outside of the Cirrus SF50 and Pilatus PC-24, the CJ3+ and CJ4 saw the biggest increases in deliveries by aircraft type.

The CJ3+ saw a double-digit increase of 11 aircraft, whilst the CJ4 saw an additional six deliveries.

The SF50 took the top spot as the most-delivered aircraft through the year, with a total of 63 deliveries. The Challenger 350 came a close second, with 60.

Only two other aircraft types saw more than 50 deliveries across the year, with the Citation Latitude delivering 57 and the Phenom 300 delivering 53 aircraft.

Aside from the initial Pilatus PC-24 delivery, the year was notable for the first delivery of the Global 7500. Bombardier delivered the first aircraft to Stonebriar Commercial in December. 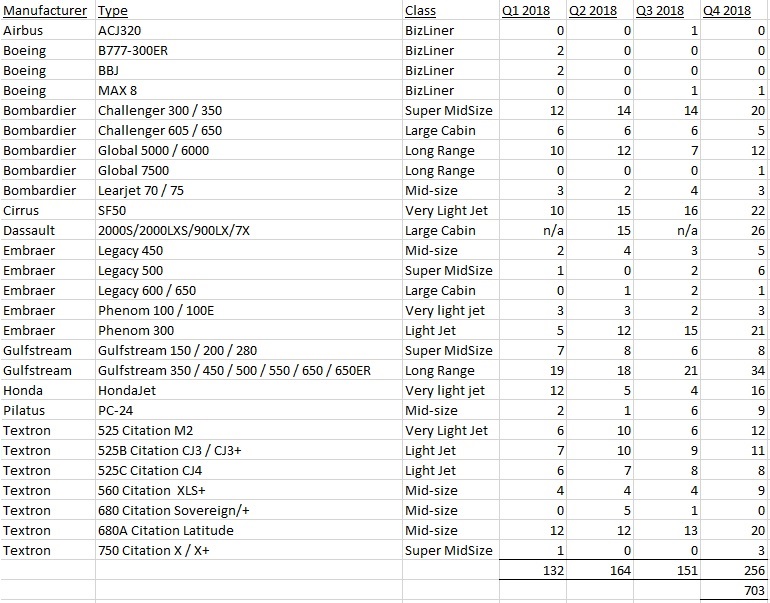